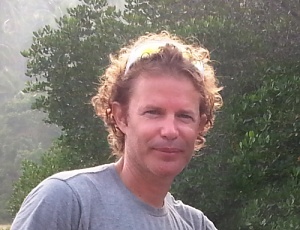 My first encounter with Anambas was in 2014. Even though the island chain lies a mere 200 miles from where I live, as strange as it may sound, I'd never even heard of the territory. This, as it turns out, became a common theme over the ensuing years. Typically, when you drop the name Anambas, it tends to ring a bell for very few people, even within its surrounding countries, let alone further afield.

It so happens that in 2014, whilst vacationing in Pulau Tioman, I bumped into a fellow traveler, a born and bred Anambasian. His portrayal of his home islands inspired me no end. In fact, by the next day, I'd set a date for my next holiday: an exploratory excursion to Kepulauan Anambas, the archipelago's official name.

My new-found friend's account, as inconceivable as it sounded at the time, was completely accurate. Here was a collection of tropical castaway islands, at a mere stone's throw from the metropolis of Singapore, yet surrounded by a gin-clear azure-colored sea and blessed with pristine coral gardens so abundant, you'd be forgiven to believe you were at Great Barrier Reef.

No wonder that ever since that day in 2014, Anambas has become my home away from home -- a serene sanctuary where it appears the clock stands still. This actually is more true than you may think; arriving in Anambas is a bit like going back into time 50 years.

The blissfully unhurried pace of life. The stunning natural surroundings. The countless breathtaking islands, uninhabited and patiently waiting to be explored. Not to mention the palpable sense of remoteness that the area exudes. It's a veritable mystery the way this tropical paradise has remained under the radar to the world at large.

With that said, a land as gorgeous as this can't possibly stay hidden forever. And true enough, a handful of resorts have been completed recently, quite scattered for now, so there's no immediate danger of a change to the heavenly status quo. But likely it's a matter of time before the secret is well and truly out. Just sayin' :)

Want to discover the secluded retreat that is Anambas?

Anambas Fun in the Sun

Copyright © All rights reserved | This template is made with by Colorlib